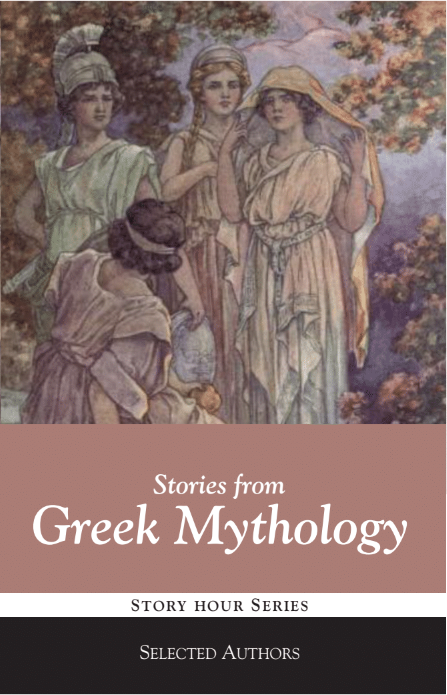 I'm sorry to admit that I have never been a fan of Greek mythology -- or any mythology for that matter -- until I started reading these old books. I think it's because they retold the myths through such understanding hearts that I came to see things in the stories I never saw before. Now I love them. I love reading all the different versions. So in this volume of Greek mythology, I tried to give you a sampling from a number of different books so that you can see which ones you like best and start there. Many of the books I included in the rotation were written for young children, especially children under the age of 8 who are in those prime years for the imagination.

Many Christians resist. the idea of sharing Greek myths to their children. In the Mother's Learning Library volume on Imagination, several of the contributors expressed their thoughts on the subject and gave suggestions for how to introduce them so that they don't interfere with what you are trying to teach about a Heavenly Father. As Carolyn Bailey said in her Wonder Stories: "In the days when the myths were told, Greece was a more beautiful country than any that is the result of civilization today, because the national ideal of the Greeks was beauty and they expressed it in whatever they thought, or wrote or made with their hands."

I included a chart in the beginning of the book that gives you a quick reference to the names of the Roman god counterparts. I didn't do a separate book for the Roman gods because, of course, they borrowed all of their gods from the Greeks. I'm also a big fan of Norse mythology but opted to put all the other nation's myths and legends in the online library of epic and legendary heroes. That's where you'll find them.