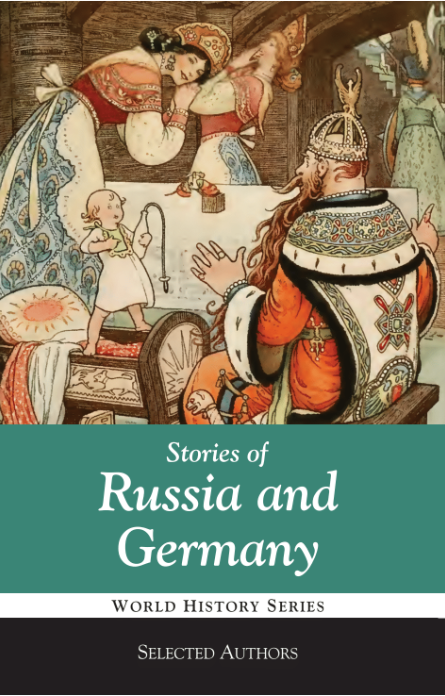 Stories of Russia and Germany (W10)

As you may imagine, there weren't a lot of children's books on Russian history to choose from. But I finally found one written in 1865 that l really enjoyed and which captured the struggles of the Russian people. I had no idea that around the same time we were ending slavery here, Russia released a Decree of Emancipation on October 19, 1861, declaring the peasants are to be free. Because the story ends in 1865 at the birth of Russia's freedom, which we know was short lived, you'll need to supplement with other books to get the rest of the story. There are so many lessons in their history for us to learn from. Here's a sampling of the gems of wisdom woven into this story:

"Slavery never taught men how to be free." "Who can save a nation that is divided in itself." "The bravery which comes from fear of punishment can never match the bravery from love and desire to save a loved country." "It is for you, people of Russia, to end this war and trouble, and choose a Czar who shall reign rightfully and bring peace... So the Russians freed Russia."

The book I chose to introduce the story of Germany was part of a series of histories written in one-syllable words by Helen Pierson. We took out all the hyphens that divided the words in the syllables because we felt it made the text harder to read. Germany's story is so important to the world of the 20th century and to understand her story is vital to understanding her power grab under the likes of Hitler. Still, Germany has provided the world with so much that is good. The corrupt leaders of Germany's past do not represent the goodness of the German people themselves. Germany gave us giants like Beethoven, Bach, and Goethe. It's a beautiful country. These stories of German history provide just a skeletal look -- I recommend following up with H.E. Marshall's A History of Germany.