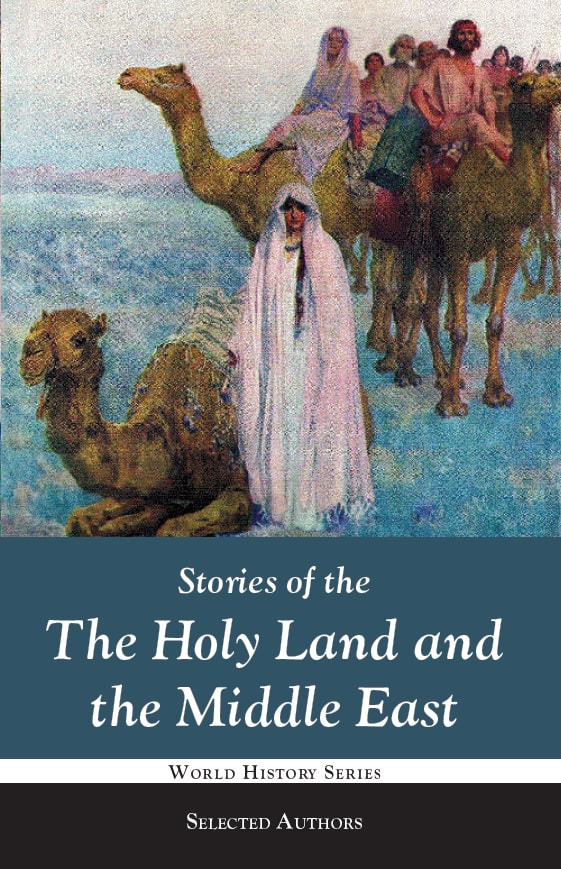 Stories of the Holy Land and the Middle East (W6)

I believe the stories from the Bible are some of the most important stories we can tell our children and they need to be revisited frequently. So much of our literature, art, and music were inspired by the Bible and ignorance of these stories will lessen the ability to grasp their meaning. The stories I included in this volume presupposed familiarity with the most often told stories of the Bible. I tried to find the lesser known stories to fill in gaps as well as to explain what happened to the Jewish nation after they rebuilt their Temple in Jerusalem up until the coming of Jesus and their final destruction in 70 AD.

This book has your more mature readers in mind. (For a more simplified telling, I suggest using Stories from the Bible.)I start out with a brief overview of the Ancient Civilizations that surrounded the 'chosen people:' Assyria, Babylon, and Persia. Just a warning--it's not pretty. Then I pick up the story at the time of the Tower of Babel. Helen Guerber, who you will recognize from other books in this series, lays out a straightforward account of the Hebrew nation. You may react as both my son and I did -- "These are the chosen people??" They're certainly not very well behaved. But that's the whole point. No matter how many times they misbehave, God always stands ready to help them when they turn to Him. And as you see what they are up against, you'll clearly understand that without the help of Providence, they would have never survived. The pattern is clearly established--Righteousness exalteth a nation. Wickedness brings woe and suffering.

The next book that is included picks up where Helene Guerber's book leaves off; the part that's not included in the Bible. You'll learn about the Maccabees and the struggle to survive as a people. You'll get a sense of the divisions among the Jews themselves and how and why they rejected Jesus as their Messiah. Finally, as Jesus prophesied, they degenerated to a point that they were utterly demolished and scattered. I have to admit, it's rather depressing. But when you realize that this people, in their scattered and persecuted condition, maintained their sense of identity and never lost their longing for their homeland for more than 1800 years, the existence of Israel today is nothing short of miraculous. One cannot being to understand what's happening in the Middle East today without understanding these stories. And as you understand them, you will clearly recognize all the prophesies being fulfilled before our eyes. It's a wonderful age we live in. And the story will have a happy ending after all.