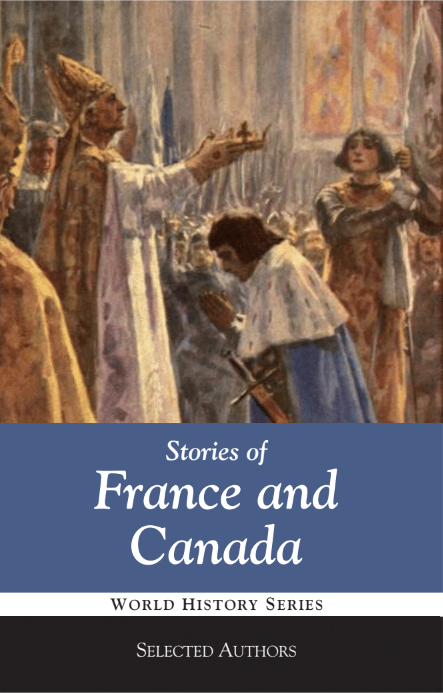 Stories of France and Canada (W5)

We are reminded in the introduction to the first selection in this volume, Little Stories of France by Maude Barrows Dutton, "The French people have held...a central position in the world's affairs, and have contributed so much to civilization." Here is a collection of several very short stories of France from ancient times to modern focusing on the key figures of French history. It was written with children as young as seven years old in mind.

One of the most inspirational stories from France is that of Joan of Arc. She is briefly introduced in Little Stories, but then I included a longer account written by Andrew Lang. You may recognize that name from the Red Fairy Book, Blue Fairy Book, Purple Fairy Book, etc. series. He was a wonderful story teller.

Finally, I included the Canadian history that was included in Our Empire Story, written by Henrietta Marshall, another favorite children's historical writer. I've included many of her books in the online library.