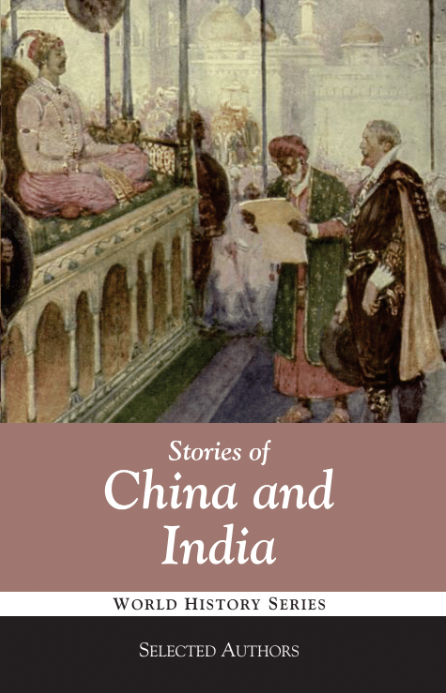 Stories of China and India (W1)

The natural connection to a study of world history when learning of Columbus is to study the part of the world he hoped to travel to: the Indies, which included China and India. Of particular interest are the writings of Marco Polo because it was in the reading of his adventures and explorations that a fire was lit in Columbus' heart to find a shorter route to get there. China has pretty much kept to herself for most of the history of the world. Few of her secrets were known to the world at large. It's only in recent years that many of her mysteries and history have been revealed. Consequently, in looking for a book of Chinese history for children, the choices were few and far between. I chose to include selections from the story of Marco Polo. You can read his full account online at Internet Archive, but I chose a book adapted for young readers. Then I followed it with selections from another book that describe many of the traditions and a brief history of China. To fully understand China's history, it will require the piecing together of many resources. I believe these selections will pique the interest to want to learn more.

I ran into the same problem when looking for a book for children on India's history. It's one of the oldest civilizations, but little was written about it 100 years ago for children. The one I selected, India's Story by H.E. Marshall, is written from the British point of view, which didn't set well with my son-in-law who was born and raised in India. I offer it purely as a beginning point of historical study. Hopefully before you read this, your children will have experienced a taste of India through cultural activities and through stories such as Kipling wrote. The sense I believe young people will draw from this book is an understanding of why the Indians rebelled under the leadership of Gandhi against British tyranny. There is much of beauty in India's culture and history. Again, it will require the weaving together of many stories to form a complete picture.