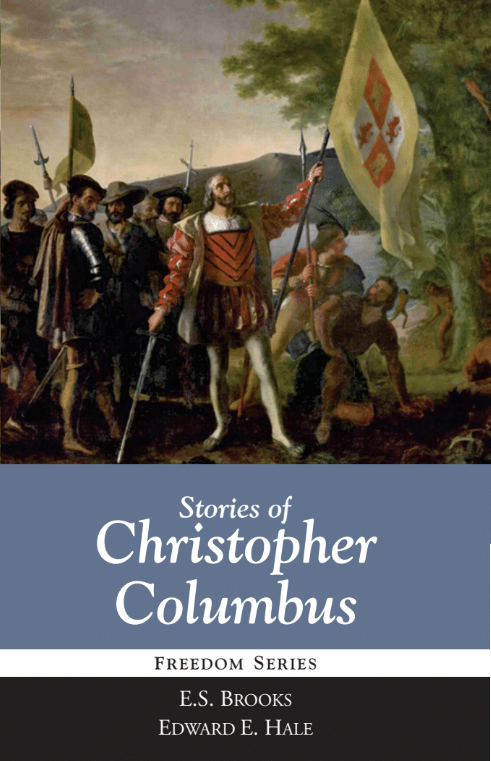 There are two complete books in this month's selection. The first book is The True Story of Christopher Columbus by Elbridge Brooks. This was my favorite of the Columbus books, not just because of the way he told the story, but because of the gems I found within the story. When I recommend this book for age 8 and older, it's not because I don't think younger children will understand it, I just think they have more important Imaginative stories they should be hearing first. Elbridge Brooks wrote a number of biographies for young people and I've inducted several of them in the Freedom Series. An editor by profession, his great desire was to instill a love of history in children. His writings appeal to young and old. The second book was written by Edward Everett Hale, nephew of the great "I only regret I have but one life to give" martyr patriot, Nathan Hale. 1892 marked the 400 year anniversary of Columbus' discovery of the New World and there were a flurry of books written to mark the occasion. Documents and journals that weren't previously available were studied and shared. This particular book will appeal to an older child and its strength is that it was based on the journals and actual writings of Columbus, quoting many passages as they were written by Columbus himself. I included several quotes of Columbus in the Introduction wherein he describes the Hand of Providence working upon him and guiding him. He offers wisdom to all who feel called by God to do a work or perform a mission.