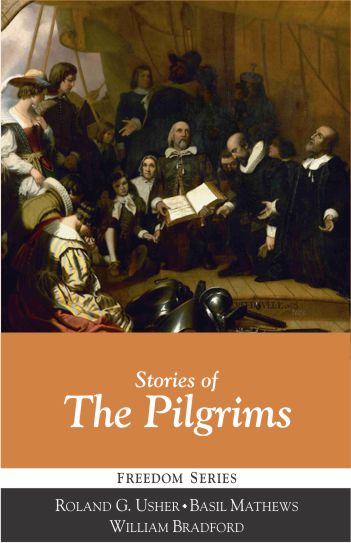 Stories of the Pilgrims (F2)

You'll find two complete books in this volume plus selections from a third. The first book was written by one of the premier Pilgrim scholars of the day, Dr. Roland Usher. Many myths and legends had sprung up around the Pilgrims while Bradford's journals were missing. But when they were once again found, Dr. Usher wanted to write a book for children that was based entirely on what could be found in those writings. The second book offers additional descriptive details and weaves in the stories from John Bunyan's Pilgrims Progress. Lastly, I included several excerpts from William Bradford's journal. Few records reveal what was going on in the hearts and minds of the people who were living the events. They record what happened, but not how they felt. Because of the personal insights Bradford gives, his journal is a national treasure. After your children have read the stories, they may enjoy reading the actual journal entries so they can experience the sources from which the stories sprang. At the back of the book is a listing of all the passengers on the Mayflower. What was surprising to me was that only half of the passengers were on board for religious freedom. Some of them were warm bodies placed on board by the investors, and not all with honorable intentions. Bradford addressed the future criticisms of those who would judge their little party as not being entirely 'Christian' in their actions with a glimpse of some of the problems they faced in the New World.